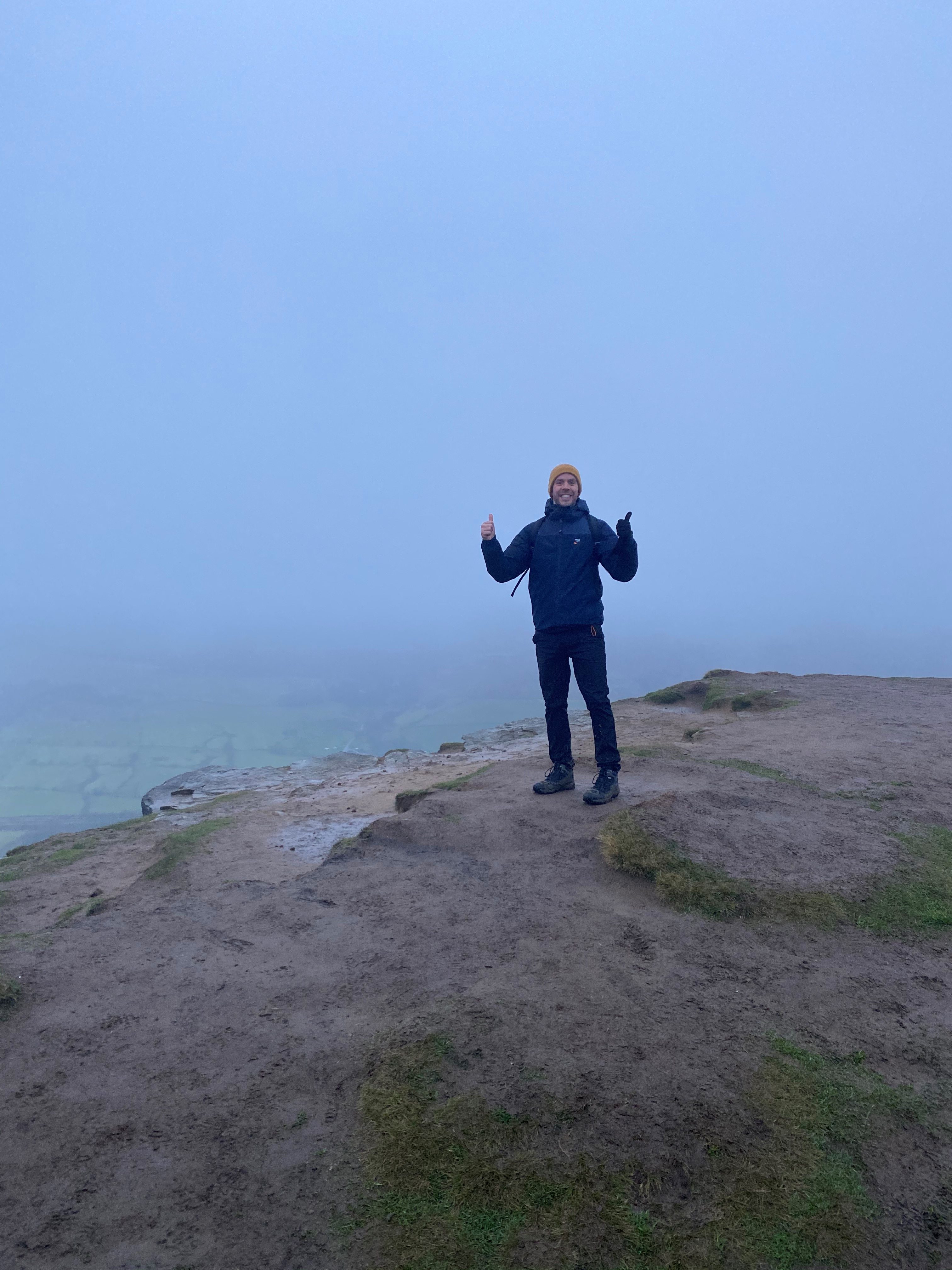 We like to take an alternative approach to business – whether that’s prioritising a personal service or ditching the jargon for our clients. But it’s also an approach that we extend to our networking. That’s why we recommend that our team try out Freshwalks, a creative take on knowledge sharing and collaboration.

The idea is simple: networking in the great outdoors. Each session is a walk (or wild event) in the North of England and is designed to test your physical fitness while restoring your mental wellbeing. One day you might be walking in the beautiful moorlands of the Peak District, and another day you could be amidst the trees of Macclesfield Forest.

One of our Commercial Account Handlers, Ryan Kershaw, was the latest team member to brave the elements. Here, he shares his experience of the Castleton-Edale route.

“I’d cycled around Mam Tor before, so I had a pretty good idea of what to expect,” Ryan explained. “But when it comes to networking, in my line of work, it was all new to me.

“This was my first real experience of making connections with other professionals at a dedicated event. But having heard many of the RiskBox team wax lyrical about Freshwalks, I jumped at the chance to get involved. The idea of traditional networking just felt so formal in comparison.”

The group had to get up at approximately 4am to arrive at Castleton for 6am. Reflecting on the early start, Ryan joked, “I have an 18-month-old son, so I’m used to getting up when it’s still dark!”

“I didn’t know anyone there other than a couple of clients,” Ryan said, “but Gemma [another member of the RiskBox team] did. If you’re a little nervous and not sure what to expect, I’d recommend tagging along with a friendly face for your first event.”

When asked about how experienced other walkers were, Ryan explained, “It’s funny hearing people on the day say that they weren’t much of a walker before this, despite Castleton being on Greater Manchester’s doorstep. That’s the best part of the Freshwalks idea though: people speak authentically about their experiences.”

“We didn’t quite see the sunrise, however,” he laughs. “The weather was pretty relentless, Gemma almost went over a couple of times, along with some others from our group. She wasn’t thrilled at being asked to stand on the cliff edge for the obligatory ‘completed it’ picture either!

“But watching some of the attendees who had never walked in the Peaks before see the view from the summit for the first time was one of the best parts of the day,” he continued. “Especially as we finally got a bit of good weather when we reached the top.”

An environment free from jargon

“I knew Freshwalks was networking done differently, but I would 100% recommend it to anyone averse to networking more generally,” concluded Ryan.

“It is genuinely different – and having expected not to know anyone, it was surprisingly easy to meet people and actually talk to them. You’re sharing an experience, after all, so the connections you make are all the more rewarding.”

After the walk, the group went their separate ways. Reflecting on it all from the comfort of home, Ryan said, “It’s refreshing to see Freshwalks take on the outdoors in the way they do. It’s more appealing, and it allows people to talk more openly about themselves as opposed to trying to sell their business.”

RiskBox has been encouraging our team members to attend Freshwalks events for as long as we can remember. If you’d like to learn more about their work or sign up for one of their walks, you can find more information here. Does your Agency Work With Subcontractors? Here’s What You Need To Consider
Read more What Information Is Needed When Notifying A Professional Indemnity Claim?
Read more